Worried that You’ll Be Judged for Getting Angry?

Expressing emotions is supposed to be healthy, but how do we get past the fear of being judged for getting angry?

Let’s take a look at a quick example.

Kim is an excellent example of what it looks like to release the fear of judgment when it comes to anger.  She came to see me because she was having problems getting along with a co-worker.  The co-worker was aggressive and dismissive towards Kim during company meetings.  She dominated discussions and was now taking up space in Kim’s mind.

Kim was tired of being pushed around.

As a child, Kim witnessed her father hit her mother on several occasions.  Although he never physically abused her, Kim was afraid of her father’s short temper and learned to monitor his moods and be compliant and pleasing in order to stay safe.  She identified with the role of “a good girl” and believed in the cultural messaging that good girls don’t get angry.  This pattern continued into adulthood.  Unfortunately, without expressing her anger as an adult, other people didn’t know when their behavior injured Kim.

During therapy, Kim learned that anger is a healthy emotion and that it is different from aggression, which is a behavior that tends to be destructive.  She started to do trauma work so that she could allow herself to feel anger and release painful memories of her father’s abusive behavior.  Feeling more empowered, she was ready to start experimenting with boundaries and being more assertive at work.

One day, after her co-worker steamrolled her during yet another meeting, Kim told her privately that she was angry about how she was treated and that she wanted the behavior to stop.  To her surprise, the co-worker told Kim that she had no idea what she was talking about and asked why she was such an angry person.  She then began to cry and tell Kim about the hard week she was having.  Kim immediately regretted saying anything and ended up consoling the co-worker.  That night she lay awake feeling overcome with shame.

The next day at work, Kim sat in shock as her co-worker continued to disrespectfully dismiss and devalue her contributions during a meeting.  She felt helpless and was at-risk for falling into despair.

In therapy, we talked about how Kim had a right to be angry and that anger could help motivate her to make positive changes.  Kim’s shame for feeling angry diminished and we began to strategize ways she could address the co-worker’s behavior during meetings.  We also explored sources of support at work.  Kim decided to talk to a supervisor to see if the meeting expectations and guidelines could be revised.  It turned out that the supervisor was eager to introduce new guidelines that significantly reduced disrespectful behavior at meetings.

Kim learned that if you set a boundary and it isn’t respected, it doesn’t mean that you did something wrong.

It means that the boundary was needed.

The Purpose of Anger

As uncomfortable as it can be, anger has a purpose.  It lets us know that something is not working.  It tells us that we have an unmet need or blocked goal or that we’re experiencing adversity or unfair treatment.  Like in Kim’s example, it lets us know that a boundary has been crossed.

Empathic anger is another form of anger that we can experience.  We feel empathic anger when we observe or learn about someone being harmed.  Anger by people who are not Black for the racial injustice that is still occurring in the United States is an example of empathic anger.  Empathic anger can lead to important changes on a personal level, as in when we get angry and step in to help a child who is bullied, or on a systemic level, when we fight for human rights.

Unless it is chronic or leads to aggressive behavior, anger is a healthy emotion.

If anger is so healthy, why do we feel so uncomfortable expressing it when we’ve been wronged?

The Problem with Expressing Anger

The fear that we’ll be judged is one of the biggest problems with anger.  Here are 3 obstacles to expressing anger constructively and how to overcome them.

In The Curse of The Good Girl: Raising Authentic Girls with Courage and Confidence, Rachel Simmons examines how culture teaches girls to sequester genuine feelings in order to fit a “good girl” ideal.  This denial of emotions especially applies to anger.  According to Simmons, the pressure to be seen as a “good girl” erodes emotional self-confidence and leads girls to sacrifice authenticity and be ruthlessly hard on themselves as they attempt to live up to the false self they are projecting.

Unfortunately, research shows that women are generally perceived less favorably when they show anger about something personal compared to women who don’t show any emotion or men who show anger.  However, women who are in egalitarian romantic relationships may find it easier to express anger and resist gender norms.  One study showed that women who were in equal relationships expressed anger more openly and demonstrated more confidence.

Studies also show that resisting gender rules for displaying anger can be empowering.  Women who expressed anger “positively and directly” in their interpersonal relationships stated that they felt relieved and happy about being able to express their anger openly.  In another study, women who expressed their anger assertively reported less mental health symptoms than women who bypassed anger awareness or coped with it indirectly.

In other words, asserting anger when it is appropriate and aiming for egalitarian relationships can be good for women’s mental health.

To overcome the gender norm hurdle, remember that expressing anger in healthy ways can potentially improve how you feel about yourself.

Racial stereotypes can play a role in how we are perceived when we’re expressing anger.  Media depictions of the “angry black woman” is one such example.  Despite the prevalence of this stereotype, research does not support its existence.

Social norms in different countries can also affect how anger is perceived and whether it’s endorsed.  For example, collectivistic cultures try to discourage expressing anger toward ingroup individuals in order to maintain group harmony.

Anger display rules in different cultural contexts can make it difficult to express our emotions in ways that are authentic and yet universally accepted.  Backlash to expressing anger can include shaming and tone policing, which is a tactic that aims to dismiss a message based on the way it is presented.  Is there any way around this dilemma?

In such situations, it can be helpful to weigh the potential costs and benefits of adhering to cultural norms.  Do we choose to adapt to cultural norms when we travel abroad?  Do we call out stereotyping, shaming, and tone policing when it happens?  Do we advocate for ourselves and others?  These are all questions that reveal the intersection between our feelings and values.

Remembering to make choices that are conscious and reflect our best values can make it more likely that we feel good about them regardless of how others react.

Studies show that people who express anger are at a risk for being perceived as emotionally unstable.  While healthy anger and anger expression probably won’t result in such a perception, chronic anger is a different issue.  Aggressive behaviors and difficulties with managing our emotions can point to deeper issues that need to be addressed.

If managing emotions is particularly challenging for you, emotion regulation strategies can help.  Rather than expressing anger, it can be helpful to learn tools to calm down when you’re feeling activated.  A therapist can teach you strategies to reduce anger such as: deep breathing, journaling, taking breaks, walking away, using a fidget, splashing cold water on your face, and riding the waves of anger until they subside.  They can also help you identify patterns and start to observe bodily cues of anger before they escalate.

It’s also good to keep in mind that the current research on anger shows that aggressive behaviors such as yelling and even punching things like a pillow or a punching bag can lead to more anger rather than a release.  These types of venting behaviors can train our bodies to use aggression as a way to manage anger.  It’s better to become aware of anger and to learn how to calm ourselves down so that we can make healthy and intentional, rather than reactive, choices.

The truth about anger is that, like all emotions, it can’t be ignored forever.  Being aware of anger and using it to solve problems can help prevent health issues, reduce the likelihood of explosions and indirect expressions of anger, and potentially give us insight into the need or wound behind the emotion.

Honoring anger doesn’t necessarily mean expressing it, but the privilege to do so shouldn’t be reserved for a select few.  The fear that we might be judged for expressing anger is real, especially for women.  We might be judged.  However, tuning into our feelings and listening to what they have to say takes courage and that courage can help us overcome the fear of judgment.  And perhaps that’s what our anger wants all along.

Maybe it’s trying to tell us to stop worrying about what other people think and start listening to what’s going on inside.

I’d love to hear from you.  Do you worry that you’ll be judged for getting angry?

I struggle with this too. I have major social anxiety and worry about expressing my emotions and needs so I usually just hold it all in or vent when I’m alone. I didn’t realize that punching a pillow wasn’t helpful for anger. That actually makes sense. Thank you for clearing that up.

You’re welcome Laurie. Most people don’t know about the research on punching pillows, so there’s a lot of misinformation out there. Glad you found it helpful!

I worry about being judged for anger all the time and I wish I wouldn’t. Sometimes I stay up at night wondering if I accidentally offended someone. I’m working on allowing anger in therapy now. It’s not easy but I think I’m making progress slowly.

Thank you for sharing Carolyn. It’s definitely not easy and I think a lot of people can relate. It’s great that you have support and are experiencing progress! Sometimes slow progress is a good speed when it comes to healing.

How to Manifest Love: A Therapist’s POV on Finding a Partner

What’s a Healthy Amount of Gratitude According to Science?

Want to release your attachment to outcomes? 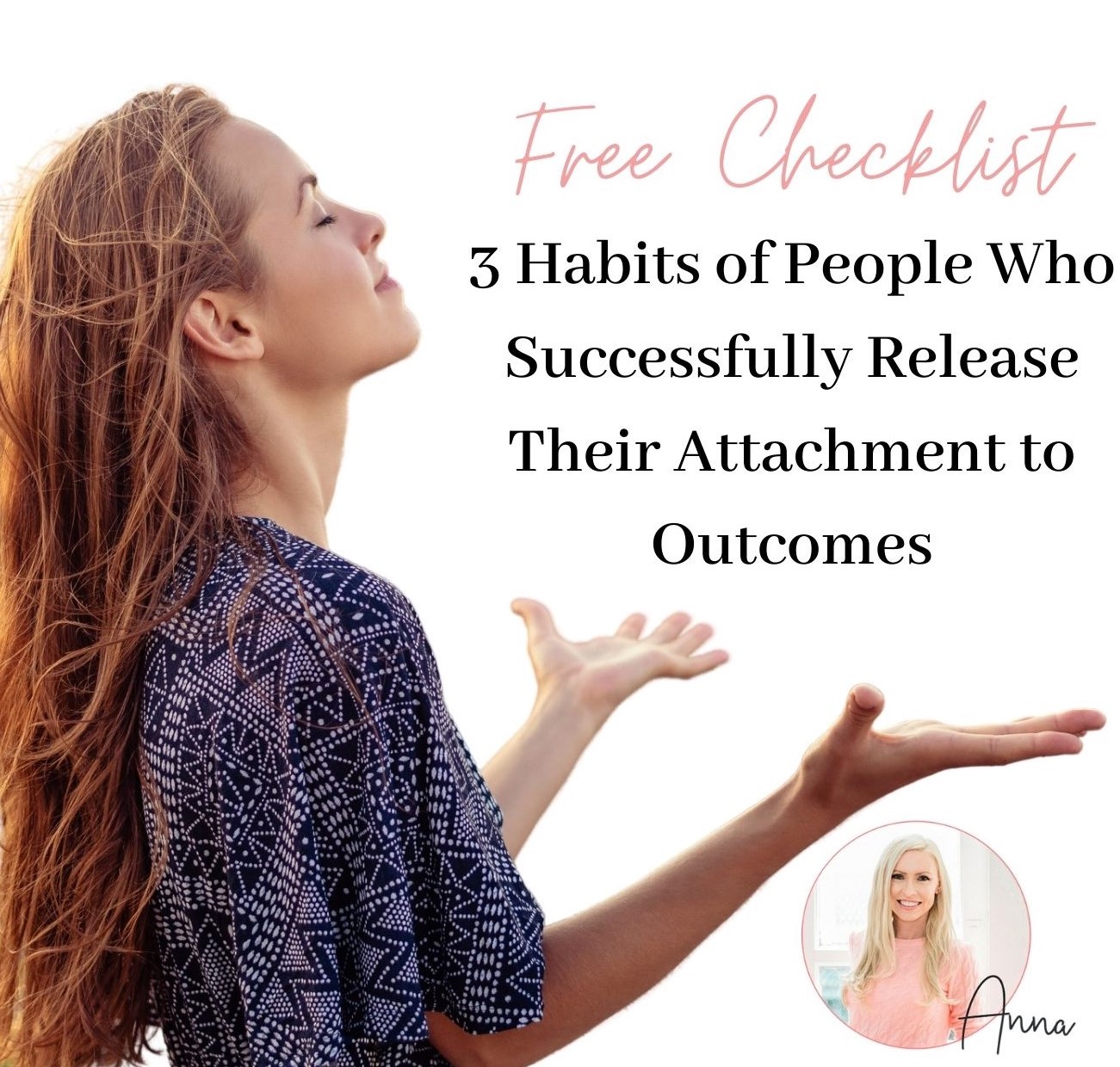